Hotel Residence Sporting is in Malcesine

How to get to Val di Sogno

Malcesine is situated on the north east coast of Lake Garda.  The bay of Val di Sogno is two kilometres south of Malcesine.  You can reach us by car or by public transport.

To reach Malcesine by car

Two kilometres beyond the centre of Malcesine, you see the hospital and the bus stop on your right.  Immediately afterwards, turn right continuing south on the road descending to the bay of Val di Sogno.

After Brenzone and Cassone you arrive in Val di Sogno where you will find the Malcesine Hospital and the bus stop on your left.  Turn left and take the southbound road down to the bay of Val di Sogno

The airports near Malcesine

Continue towards Lake Garda and Malcesine, by train, bus, taxi or by hiring a car at the airport.

The train stations near Malcesine

To arrive in Malcesine by bus

The bus stop is 200m north of the apartments, near the hospital and the supermarket.

For two, four or six people 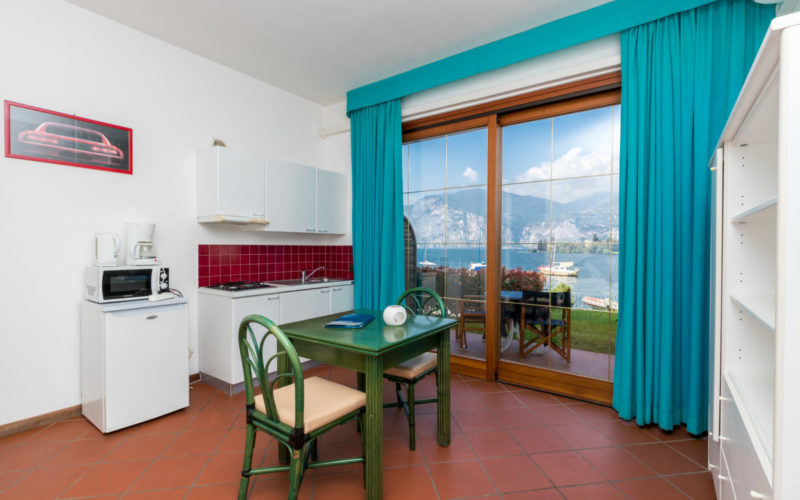 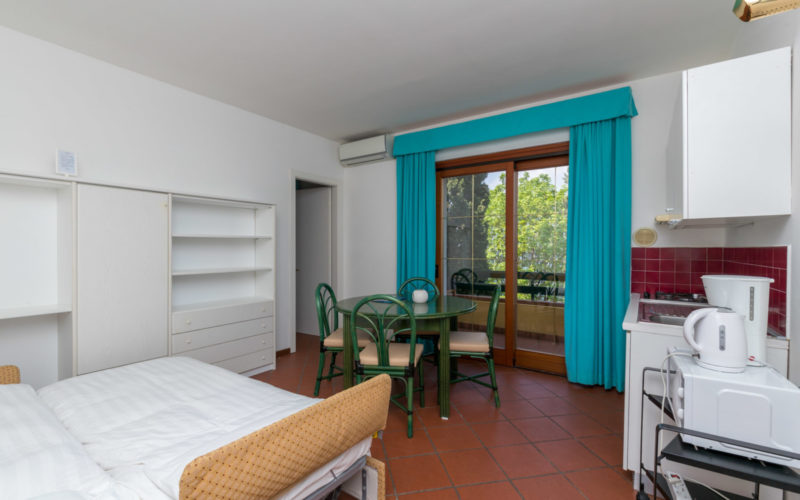 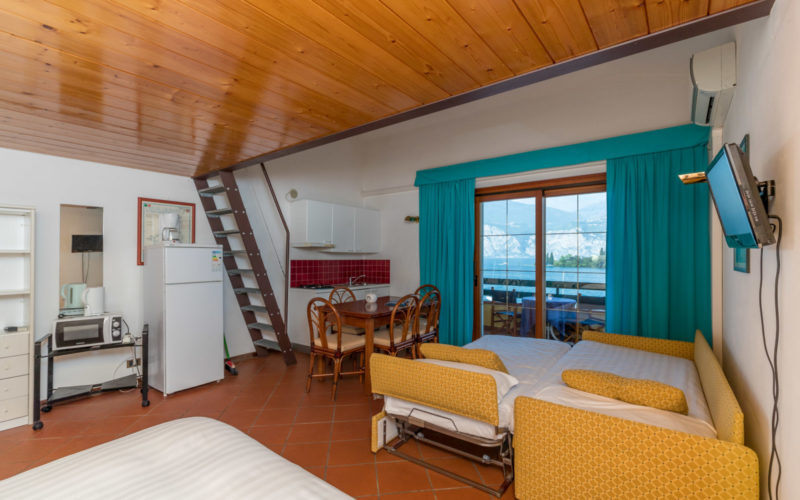 We spent 10 days at Sporting Residence in a ground floor apartment, that had its own garden area which led directly to the pool. The Lake was literally across a minor one way road. Views from our apartment of the lake were truly stunning.

The accommodation was pleasant and generally clean, equipped with a basic kitchenette and large bathroom. You may need to ask staff for essentials like a Kettle(!) but staff are happy to help.

Only down sides were garden area didn't have the best fencing near steep drops especially with small children; getting into the garage down a tight steep ramp can be fun (5 point turn!) and its located next door to a very popular wedding reception venue so can be noisy at night.

The real bonus of Sporting is the Staff who were exceptionally friendly, helpful and accommodating, especially Sergio the Owner. Our toddler got very spoilt with free ice-creams, croissants and bubbles! We also benefited from free drinks whilst sun bathing!

We would definitely stay here again.

We absolutely love this place!! We stayed here in may 2016 to check out the place for our up and coming wedding in the castle in August, we have just returned after our wedding celebrations!!

We had 5 rooms for all our guests and ourselves and everyone loved it! The pool area is lovely and just a stones throw to the lake which we swam in every day, it's about a 20 min walk to the town or there is free cycle hire in the hotel, just help yourself! There is also a tourist bus which runs every hour from directly outside the accommodation and costs just €1 to do the full circuit, get and get off where you like!!

Great for families and great for couples!
Highly recommended! We have already emailed about booking again for next year!